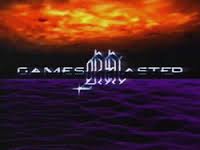 Love or loathe it, Channel 4 television’s Gamesmaster was an inconic part of videogames culture in 1990’s UK. (Reading abroad? Find out about Gamesmaster on Wiki here – Ed)

It didn’t really feature the Commodore 64, but it did feature a lot of Commodore Format staff during its run. Indeed, editor Andy Hutchinson was involved in one of its biggest controversies. Read about it in his interview with us here.

WATCH EVERY EPISODE, EVER. WE’VE EVEN FLAGGED UP THE CF STAFF FOR YOU!

In what we think is an internet first, here we present a season-by-season listing of every games journalist for each episode of Gamesmaster. We also link to every episode for you to watch!

If you’re just keen to see the Commodore Format writers, they’re always highlighted in BOLD CAPS at the start of each listing. CF