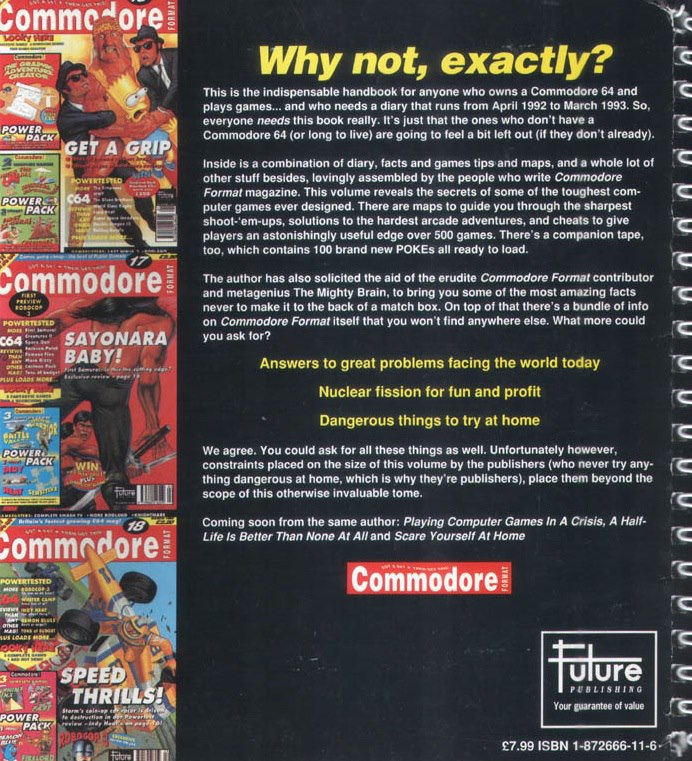 The diary’s back cover. The book was put together by Sean Masterson. Many people remember CF’s early days for the Steve Jarratt/Andy Dyer double act, but Sean’s writing was understated and excellent. He remained on the team when Steve and Andy moved to launch TOTAL! before quietly leaving early the following year.