In 1993, Future Publishing hosted the second FES (“Future Entertainment Show”) at London’s Olympia. The gathering of technology fans between 11-14th November featured the latest computer games and electronic entertainment – and each of Future’s magazines was represented at the event, too.

Andy Hutchinson was editor of Commodore Format  at the time. Here, along with Dave Golder, he introduces everyone to the not-quite-so-future world of the Commodore 64 and, of course, Mayhem In Monsterland.

The double page spread also featured a mock up Commodore Format cover – originally intended for CF38 –  which is being produced online here for the very first time. CF 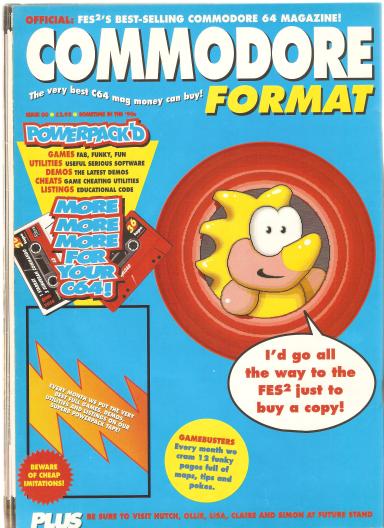 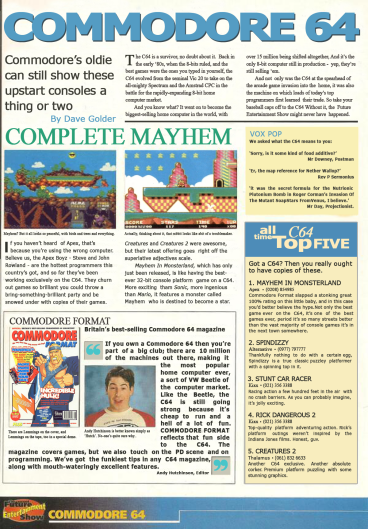