Skip to content
Did these FAST anti piracy adverts scare you?

Did these FAST anti piracy adverts scare you?

These cringey adverts for FAST – the Federation Against Software Theft – appeared in Commodore Format during 1990 and 1991. They were hastily dropped after a string of complaints from […]

These cringey adverts for FAST – the Federation Against Software Theft – appeared in Commodore Format during 1990 and 1991. They were hastily dropped after a string of complaints from parents to the magazine. It was argued that they gave the impression it was “very easy to earn £1,000 for dobbing in their mates”.  See our feature, and all the adverts, here.

The Mighty Brain asked – did these adverts have an effect? How rampant was piracy in your school or circle of friends?

Stevie Aaron “I like how because he’s such a nasty pirate he tells the kids to “naff off”.

I remember a guy who sold some legit games but then when you asked for something, it nearly always turned up as a copy. Maybe he displayed his own collection or something.

I can honestly say that whilst I copied a few Spectrum and all of my Amiga games, ALL of my C64 collection were originals.”

Barry Lendrum “I haven’t seen this one in a long time. I like the way he spins it like it’s some moral crusade, yet in the last caption it turns out that it was only the reward money which was on his mind all along. In the unpublished follow-up, he probably used the reward loot to buy pirate music cassettes from the next neighbouring stall.”

Mark Wray “I used to occasionally go halves on a game with a friend, and one of us would get the original tape, the other would keep the case and have a copy.”

Gerard Donaghy “Hilarious. I always thought things like this were some sort of joke from the editorial team anyway. Never once thought it was for real. All the compulsory warnings about piracy in any medium annoy me, particularly if I’ve got a legit copy and have to be reminded that other people might have free or cheap ones.”

Lars Egholm Fischmann “[Piracy] was widespread here. I think 9 in 10 were illegal copies.”

ANON via Twitter “I fell out with my best friend when I was about 12. He had a ton of pirated games. To get revenge I called the number in the FAST advert from a public phone box. They said they’d look into it. Wince.” CF 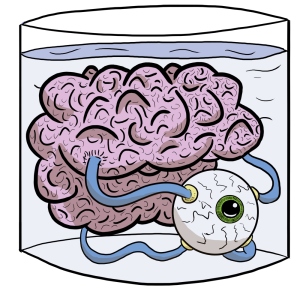