Skip to content
Super Mario Bros released for the Commodore 64

Super Mario has been released for the Commodore 64! 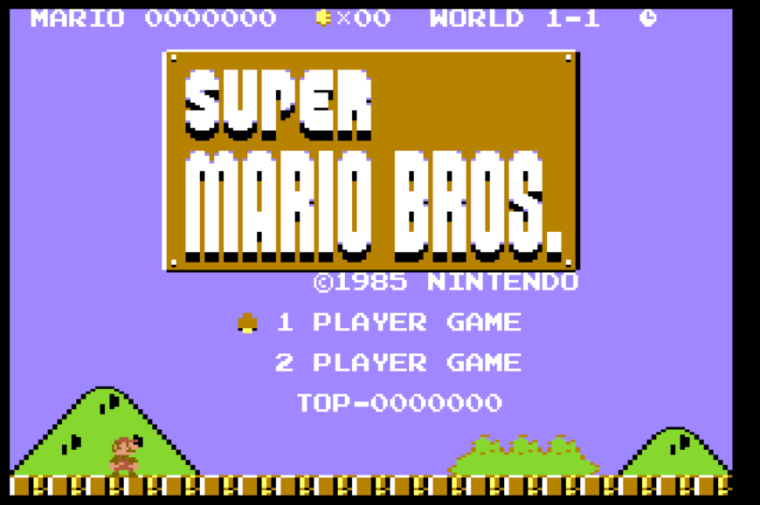 Well. How about this for an Easter weekend surprise? Last night, ZeroPaige released a Commodore 64 version of the 1985 Nintendo classic  Super Mario Bros. It’s taken seven years to complete and from what we’ve seen so far,  it appears to  be an almost pixel perfect conversion of the game everybody wanted for C64 back in the day:

In a post announcing this outstanding achievement – which includes some reverse engineered code from the NES original – ZeroPaige said:

“This is a Commodore 64 port of the 1985 game SUPER MARIO BROS. for the Famicom and Nintendo Entertainment System. It contains the original version that was released in Japan and United States, as well as the European version. It also detects and supports a handful of turbo functionalities, and has 2 SID support.”

It looks like the coder’s thought of pretty much everything and everyone here. Whether it’s a C64, 128, GS (!) or Mini you’ll  be able to get this  running – if you can find it.

WHAT DO YOU MEAN?

Well, Nintendo are notoriously protective of their IP and links to the file stopped working hours after being posted. The company has issued a DMCA takedown notice to at least one site, too.

There’s more on Nintendo’s squashing of this port over at TorrentFreak.

It’ll prove impossible to get this one completely back in the box, though, and this surprise story may well turn out to be the Commodore 64 event of 2019. CF

PS: A conversion of the original 1983 arcade Mario Bros actually did appear on C64, so he has been on the machine before! Have a look: