Skip to content
My CF: the reader turned coder

My CF: the reader turned coder

Phil Boyce didn’t just read issue 40’s famous “call to arms” encouraging readers to save the C64: he did something about it. You might know him for the 3D game […] 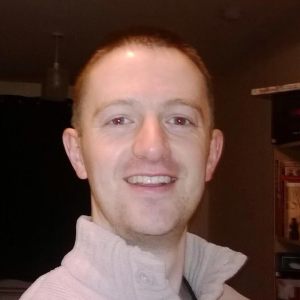 Phil Boyce didn’t just read issue 40’s famous “call to arms” encouraging readers to save the C64: he did something about it. You might know him for the 3D game Time Crystal, but he was involved in a lot more. Here’s how one fanatical CF reader found himself in the pages of the magazine …

Commodore Format was the perfect magazine for me, coming as I did late to the C64 at Christmas 1991. I’d had a Gameboy with a few games for a while but was banned from asking for a home console. My folks said if they were going to fork out that amount of money it’d have to be for a proper computer, something on which I could do more than just play games. I was fine with that as I loved using the new Apple Macintosh machines in my grammar school for drawing and writing and was interested in computer programming. But what to choose?

My friend owned a Spectrum 128 +2 and I had my brother’s hand-me-down old Atari 800XL which was very rarely used to play Airwolf and Grand Prix and nothing else. So that summer when I was browsing my mum’s Littlewoods catalogue for possible new computers for that Christmas the ones with cassette decks immediately felt more familiar to me. Thus I ignored the Amigas and Atari STs and decided on “the world’s best-selling home computer”, with familiar tape technology while also being more powerful than similar computers, and I never looked back. For a month or so before the festive season the Playful Intelligence set and a separate datasette sat on top of my parents’ wardrobe. I also bought myself Fantasy World Dizzy with birthday money a few days before Christmas Day. But back in October I’d already started my countdown!

I’d heard of a magazine called ZZAP! and how it was all about this new computer I was eagerly anticipating, but when I checked my local newsagents I saw issue 13 of Commodore Format instead. It looked so exciting! The fast cars on the cover and a cassette full of games! I was sold. It reminded me of the old partworks with story cassettes I’d collected way back in primary school, so the thought of getting a monthly tape full of exciting things for the Commodore was thrilling! However when I went back the next day to buy it, it had gone. I was gutted. Before this I’d been reading comics, so the much higher price tag had taken a bit of negotiating between my parents and I, you see.

But only another day later and issue 14 appeared with the Teenage Mutant Hero Turtles on the cover and I can remember to this day the moment I opened that first issue. My wide-eyed young self had never seen anything like it. Were all magazines this good? Well, no, obviously. CF blew me away and I read each page over and over that month, placing a regular order with the newsagents before issue 15 arrived and still a few months off from actually being able to use the Commodore 64. By the time Christmas rolled around excitement levels were at an all-time high and I’d a superb selection of demos and full games to play. Issue 14 remains my favourite to this day due to that excitement and the memories (plus it was just a perfect issue), but I stuck with it all the way through to issue 61 and throughout its lifespan Commodore Format was as much a part of my Commodore computing experience as the machine itself.

Then with issue 40 (not issue 41 as Hutch says above! – Ed) came the Coming on Strong feature, which was Editor Hutch’s call-to-arms to all readers. The commercial gaming sector was moving on, having stuck with the C64 for a surprisingly long time compared to other 8-bits, but with passionate fans out there capable of producing excellent software Commodore Format saw something which others didn’t – an underground scene which wasn’t only possible, but which could thrive. Forget the high street shops, it was all going to be about mail order, going back to bedroom programmers, PD software, fanzines and groups etc. These days the C64 is thriving in ways which surprise me on a daily basis; the fanbase surrounding the machine is creating exciting new hardware and software all the time. But back in the mid-90s before widespread internet usage made these sorts of things a lot easier it was a long shot. It just wasn’t something anyone had considered, as usually once a machine ceased commercial viability that was it.

But CF inspired many, including myself and my friend Colin. We set up Parallel Logic (Colin’s superb name) and were originally going to be using his swanky new Amiga to create a printed fanzine, which we did start on. But we then decided on PD software with Colin programming the ill-fated Commsoft Windows, I was working on a 3D Construction Kit game called Time Crystal (reviewed here in issue 44) and both of us were playing around on separate Shoot ‘em Up Construction Kit games. In the end Colin moved on to be an Amiga user full-time but I reread that feature from CF and got a new wind, with fresh inspiration. By this time the page count of Commodore Format was beginning to decrease but more and more fan-made games and projects were being covered. I decided to set up a PD library (PLPD) and release my games through it, while also producing a monthly diskzine called Commodore Diskette, all inspired by Commodore Format. To then see Parallel Logic covered in CF was like a dream come true! I even made an appearance in an embarrassing photo with a yellow fluffy duck. Why oh why did we send those photos in?

Then during the final year CF reduced further down to a measly 24 pages a month and yes we were all disappointed, but at the same time this was when we couldn’t nip online to get our fix of Commodore 64 news. As such, with the fan scene just getting off the ground it set about playing a hugely important role in helping this new and exciting scene establish itself as much as possible before the inevitable axe would fall.

Commodore Format was always evolving as the C64 market demanded it to in order to survive. It’s unfair to only recall those final 12 issues when remembering this superb magazine and to forget the previous years with their trailblazing writing, original design, shattering sales and everything the team had previously built up to become the #1 C64 mag in the world at one stage. But it’s also unfair to brush aside those final issues as not being worthy of our attention. They corralled the fans around their favourite machine and when CF finally passed away the seeds of what indeed became a thriving underground scene had been planted, set to be sown with the spread of the internet over the years to follow. But that last year taught me so much thanks to its move from games coverage to coding, hardware and the fandom, with Techie Tips, the machine code tutorials and fanzine news becoming my favourite sections. Those issues inspired me to get creative with the ’64 in ways I’d never considered before, showed me the serious side of coding could be great fun, introduced me to a world of people just like me I’d never known about and, if it weren’t for the fact I hit that age where I temporarily “outgrew” the hobby, then I dare say I’d be in a very different place in life and it would’ve all been thanks to CF and in particular its final years. But now I’m back with a newly purchased C64.

Indeed, at the tender age of 38 I’m finally delving back into what CF began in me all those years ago, developing what I hope to be a freelance writing career and a sideline hobby, but that’s a story for another time at the moment. Again, it’s all thanks to Commodore Format.

Today I find myself rediscovering this wonderful little machine once more from scratch (and am blogging about it as I do so) and am, of course, rereading CF too including that first year I never caught originally. Inspired all over again I’ve got a few ideas for future creative projects which I never did complete or get around to last time. Like me, I’m sure there’s plenty of others out there in the modern C64 scene who owe a lot to what was simply the greatest computer magazine from the first issue to the last. That’s the CF legacy. CF