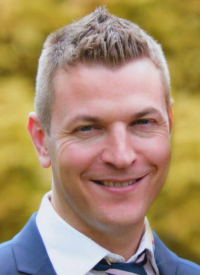 Yup, you heard right – one of the biggest selling computer games of the 80s (and star of CF Power Pack 4) is coming back for your tablet and phone! We spoke exclusively to the man behind the project, Matt Risley.

Matt! OK, can you tell us a bit about who you are? I own a business called Swivel Creations. It’s a creative design business which is a good mix of art, technical and development and we focus on websites, apps and games for clients across the UK. I set up the business in 2001 and created a lot of games on mobile and Pocket PC back then for many worldwide publishers, as well as developing and publishing a few myself. The last games we developed were for Disney back in 2005 – I was responsible for the art/animation and also managing the teams for those three titles. Once those games were released I changed the business to focus more on software development, as the games industry was changing again and I wanted a new challenge. My background is games: I started at Argonaut in 1991 and worked my way through various games companies, and been art director at many of those. I’ve worked with many great people and on many great games in my time! Too many to mention.

How did you get interested and acquire the rights to Bounder? I wanted to get back into games again as they are in my blood and certain games stick in your head from back in the day. Bounder was one of those games –  from how it looked, how challenging it was, and of course the memorable music it had. The game is a classic and we felt that it would port really well to mobile so I contacted Chris Shrigley (the original creator of Bounder) and he introduced me to Ian Stewart (ex owner of Gremlin Graphics), and we struck a deal to bring Bounder to mobile. It is very exciting. We are looking to launch the game in the first quarter 2018 on the iPhone and Android devices and we have a website covering our development of Bounder and the history: www.bounder.mobi. We are also considering a Kickstarter campaign to boost the development and awareness. We’ve teamed up with Lu Studios to do this, they are local to us and great App developers also, we felt a partnership was best for this as we can combine our forces and experience.

Tell us a bit about what you plan to do with the game for mobile. There’ll be all three 8 bit versions of the game, right? Yes that’s correct. We will give retro gamers really good value for money as it will include all three versions: the Commodore 64, Spectrum and Amstrad. We are re-developing the games to be similar to the originals but of course as they are on mobile there will be some changes, for example the playability as it’s touch screen and also the mobile resolutions.

How do you think you can improve on the game for mobile? I think fundamentally it will be the visibility of the maps and also the enemies. The original games were also quite difficult to play (but I guess that’s what kept drawing people back!), so as the mobile screens are larger we can make good use of that and it will give players more time for their next move. We are also introducing a level passcode system, so at the end of each level it will reveal a passcode for the user to keep and they enter this next time they play the game to jump to that level. Also there isn’t any loading wait times!

A fine thing! So why do you think Bounder remains so popular with gamers? It was one of the biggest selling games of the 80’s and we’ve seen it featured in Retro Gamer magazine many times, and Bounder is part of the forthcoming C64 Mini launch so that shows just how popular it still is with retro gamers. It just seems to be one of those games that is highly regarded and fondly remembered for its originality but also for its challenging gameplay, not forgetting that catchy tune!

Any plans for other retro games if Bounder is a success? Gremlin certainly have one amazing back catalogue for starters…. Gremlin have an incredible back catalogue and this was one of the main reasons for contacting Ian to move this forward. If Bounder is a success then we hope to look at other licenses from Gremlin to develop in the future for mobile, that’s for sure. CF